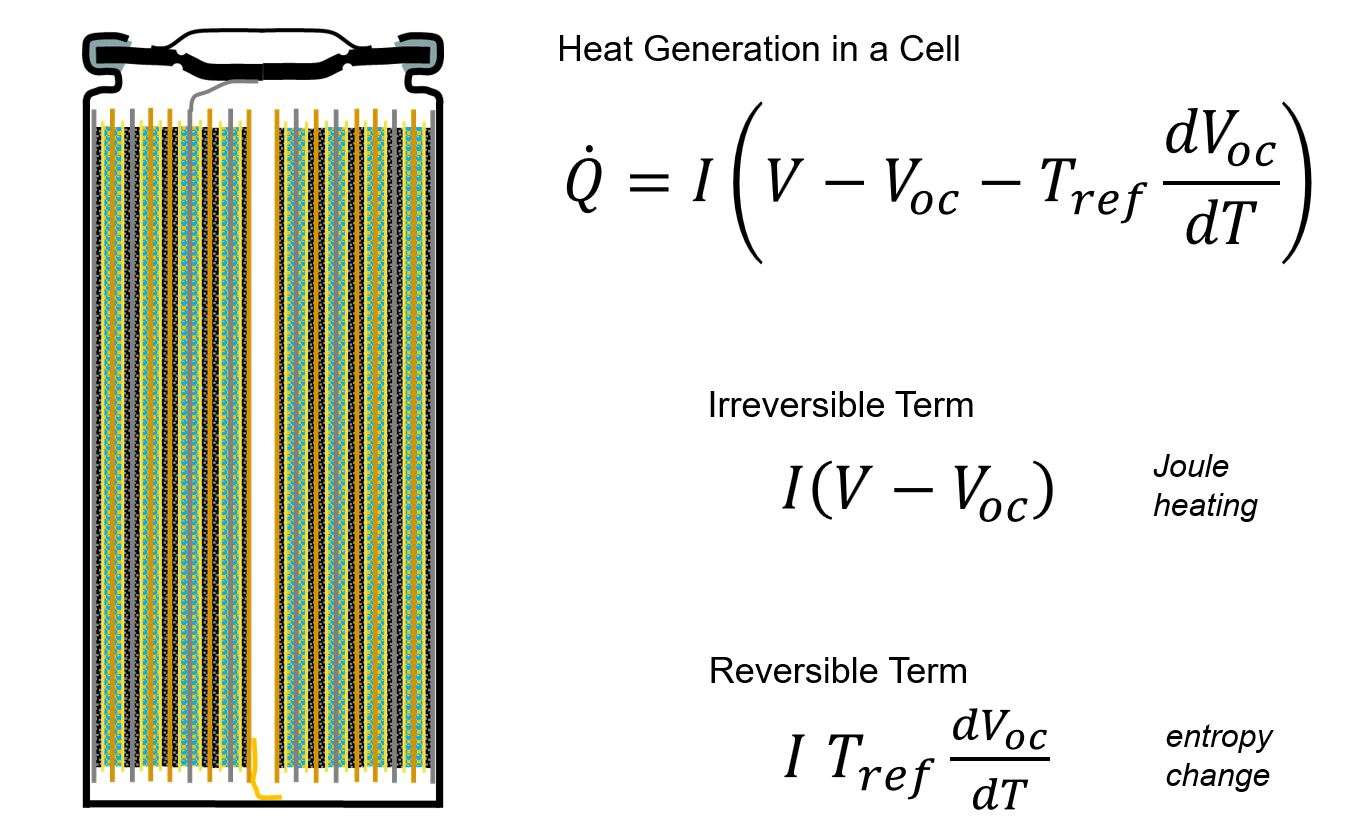 Heat generation in a cell can be defined quite simple for the case where the cell is operating within it’s normal limits. The following expression gives the heat flow [W]:

The first part of this equation is the irreversible Joule heating term:

The second part is the reversible entropy term or Reaction heat terms:

From these graphs you see that the entropy term can be endothermic under certain conditions. When charging this cell the entropy term becomes very significant, especially at low SoC. Charging the fully discharged cell shows that it will cool down even further until it reaches around 20% SoC.

This shows how important it is to fully characterise the thermal behaviour of a cell in order to properly model and then design a battery pack to optimise charging.

These values though have a large range [Ref 1]:

Heat capacity is a measurable physical quantity equal to the ratio of the heat added to an object to the resulting temperature change. Specific heat is the amount of heat per unit mass required to raise the temperature by kelvin (one degree Celsius).