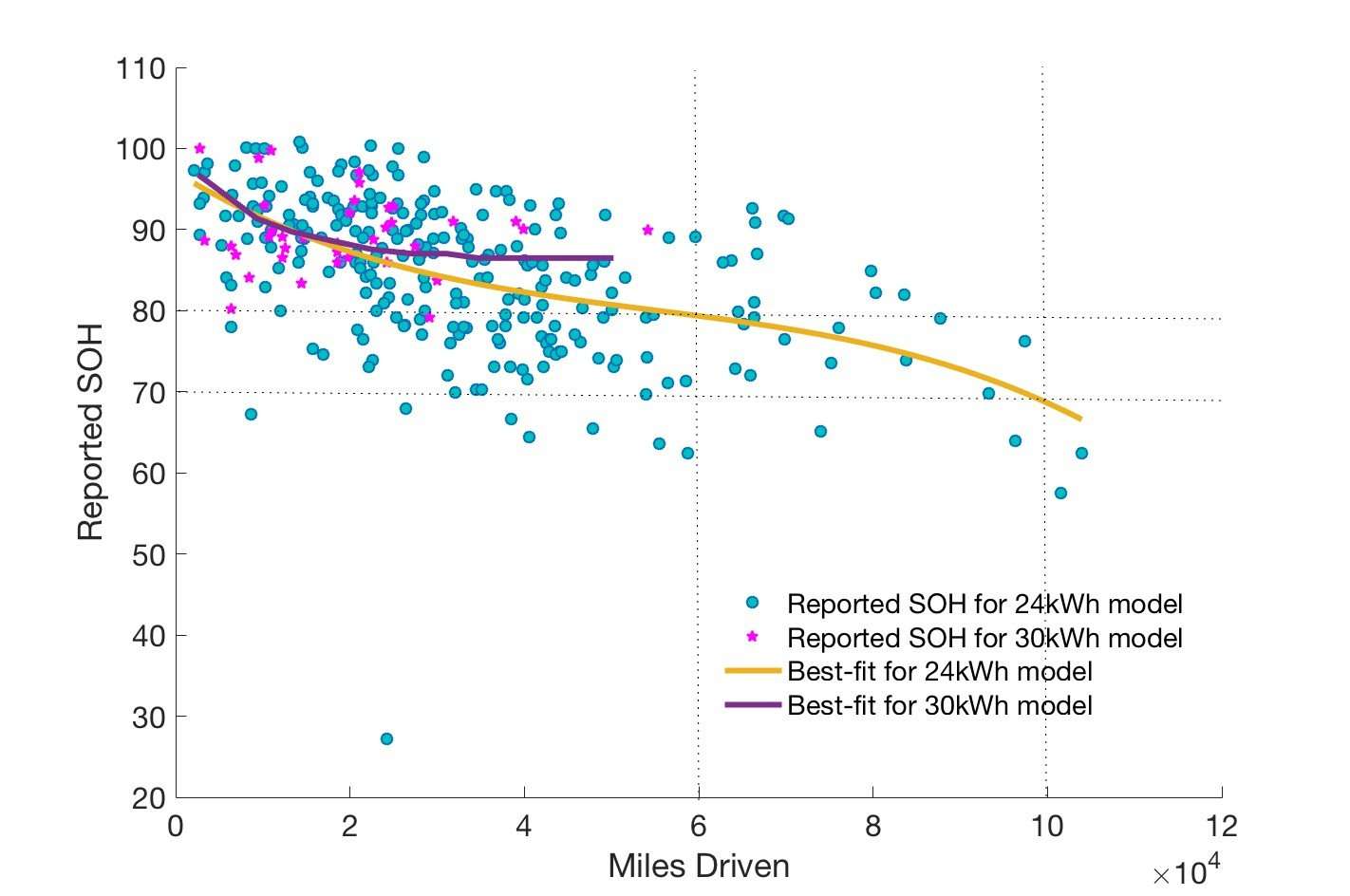 When we look at this picture, we see the over-simplicity of the ‘mileage equals wear’ mindset. Figure 1 shows reported SOH as a function of miles-driven for Nissan Leaf EVs. Similar distributions are reported by Myall and co-authors [1] who analysed 1382 reported SOH data points from 283 Nissan Leaf EVs manufactured between 2011 and 2017. At 60,000 miles, the discrepancy in reported SOH is almost 30%. How is it possible that two identical EVs, with the same odometer reading have such different SOH?

We now know that the SoH algorithm for the 30kWh Nissan Leaf was re-calibrated [2], correcting what appeared to be very fast degradation of the pack. Another demonstration as to just how hard it is to predict SoH and validate any algorithm.

Now we look at the Tesla Model S/X data collected and published by the the Dutch-Belgium Tesla Forum [3]. Firstly, we need to note that Remaining Range as a percentage of original range is equivalent to SoH.

There are other significant factors in the design of the Tesla:

The answer: beyond mileage, other ‘stress-factors’ such as cell temperature, state of charge (SOC), depth of discharge (DOD), charging/discharging rates, usage path also impact the health of the battery. Plus we are still facing challenges in predicting SoH with any accuracy or consistency.