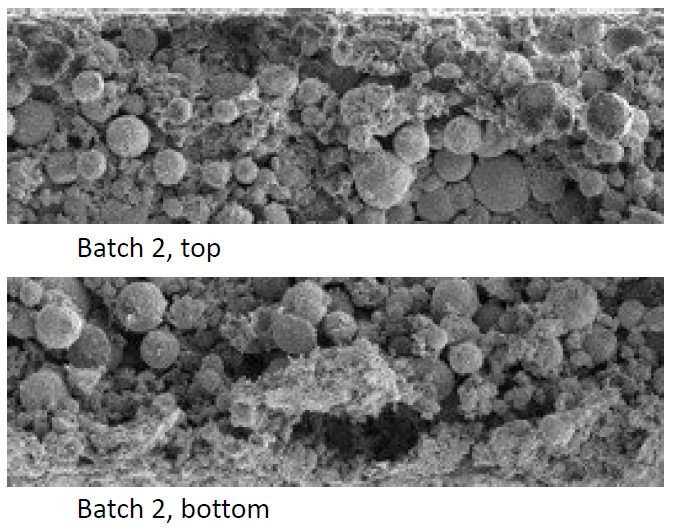 Indicative numbers for the Tesla 4680 cathode porosity, estimated based on 2D images of the Batch 1 and 2 cells originally analysed for The Limiting Factor by the Laboratory for Energy Storage and Conversion, UC San Diego. This image analysis and estimation was performed by Addionics based on the original Tesla 4680 cell benchmarking.

Analysis and estimation of the Cathode Porosity was performed by Hicham Machrouki and Shawn Xiang at Addionics.

Porosity is a key parameter for the battery electrode performance and mechanical properties such as adhesion and structural electrode integrity during charge/discharge cycling.

Porosity calculated from 2D: We estimated the porosity from 2D scan, as we did not have the slide scan from different angles.

In order to avoid the impacts of the current collector in the middle, we cropped the sub samples from top and bottom.

Addionics is developing new technology that aims to transform the way we store and deliver energy. The battery architecture is optimised using in-house algorithms and novel fabrication technology. The technology enables cost-effective and scalable manufacture of the electrodes. The smart 3D electrodes can enhance capacity, power, safety, charging time and cost of batteries. Uniquely the technology is compatible for any battery chemistries – whether existing or emerging. The company having closed a major financing round is looking to accelerate the development and scale-up of proprietary technology to create the next generation of batteries to power the future.