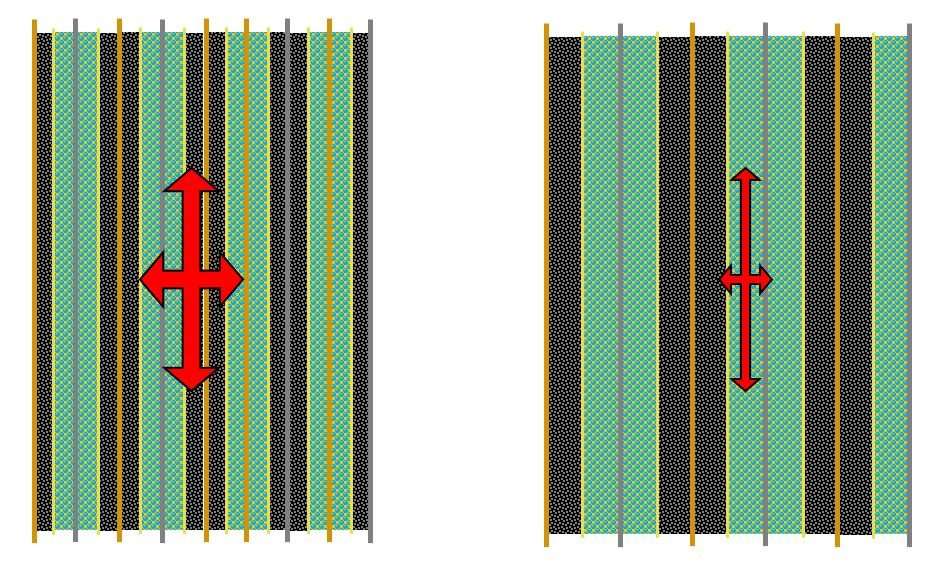 Before looking at how to thermally manage a battery pack we need to look at the thermal conductivity of the active layers.

These values though have a large range [Ref 1]:

Measuring these values directly is difficult. If you measure components then they will be dry as the electrolyte evaporates quickly. If you instrument the cell then you are very likely to disturb some of the interfaces that determine the thermal conductivity. NREL [Ref 2] have shown a test and modelling approach to estimating these values more accurately.

This also means that the thermal performance of the active layers will be very dependent on the cell format and electrical configuration.

For cells where a pressure was applied to the cell the thermal conductivity in plane decreased with age by around 4%.

Heat capacity is a measurable physical quantity equal to the ratio of the heat added to an object to the resulting temperature change. Specific heat is the amount of heat per unit mass required to raise the temperature by kelvin (one degree Celsius).

The heat generation equation has two terms: Joule heating which is the irreversible term and Entropy change that is the reversible term.

At high currents Joule heating dominates as it is I2Rint. However, charging from low states of charge at lower currents and the entropy change is very significant.

This means that each battery needs to be fully characterised so that it can be modelled and optimised.

The purpose of thermal interface materials (TIM) is to transfer heat between two solid surfaces. In the case of a battery this is normally between the outer surface of the cell case and a cooling plate.

Production tolerances of the cell, cooling plate and the assembly will mean there are gaps between the two surfaces. If a cell runs hotter than another cell then it will age faster or even become unstable if it gets very hot. Therefore it is important to run all of the cells at the same temperature and one element of that is a consistent thermal connection to the cooling system.