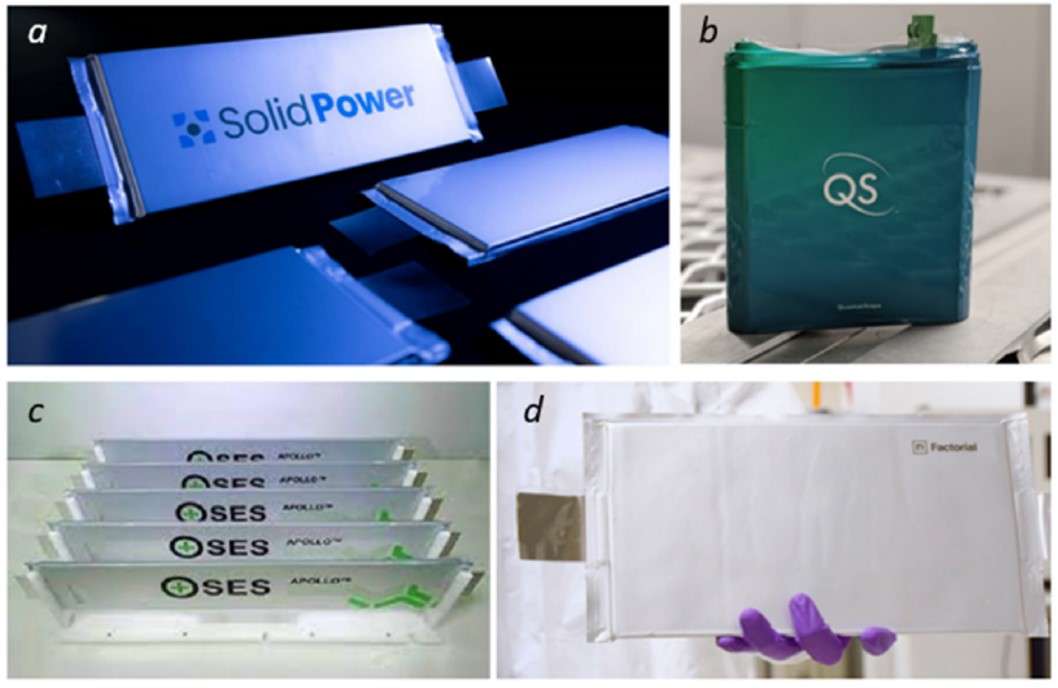 In “10 things about SSBs that you are often not told”, number 9 was a brief explanation of Packaging, with the promise of a subsequent post. Although this is a lengthy topic, the overriding problem is that SSB players generally cite improved energy density at the naked cell level, which may seem a reasonable like-for-like comparison, but it is not. There are widely differing, often unproven systems required to make most SSB cells operational. This is called ‘packaging’.

Packaging is critical because it links to many of the 10 points in the previous post. The pressure system remains the biggest unknown. It is rarely talked about, and it has not been proven at scale. High pressures are required by most SSBs to overcome interfacial resistance. This problem is exasperated by the need to accommodate volume changes and further complicated for semi-solid / hybrid cells because liquid can disperse unevenly under pressure.

Amazing pictures of high amp-hour show batteries have one thing in common – they never show or even mention their real-world operating systems. The following link: https://medium.com/batterybits/a-brief-introduction-to-solid-state-batteries-37ee3eeb6587 contains a good introduction to SSBs and nice pictures of show batteries from Solid Power, QuantumScape, SES and Factorial (also shown below). These are presumably actual batteries, but they all need a pressure system, the hybrids may need a cooling system, and the sulfides probably need a heating system and additional mitigations for hydrogen sulfide risk.

QuantumScape have started to note their energy densities values as being “without packaging”. This is not a particularly illuminating caveat, but it is more open than the rest of the field who highlight the performance upsides without disclosing any downsides. Let’s look at some numbers.

If we benchmark the well-proven territory of traditional Li-ion cells, a helpful video by Billy Wu shows how a typical EV battery offers 273 Wh/kg or 685 Wh/Ltr at cell level but, at the pack level (with housing, cooling system, BMS and exterior protection) the reality is around 173 Wh/kg or 284 Wh/Ltr. That’s a 36% to 58% impact on energy density.

The video continues to show how SSBs can offer around 400 Wh/kg or 1100 Wh/Ltr at the cell level, a 50% to 80% improvement over Li-ion. Dr. Wu doesn’t venture very far into the additional systems required to make SSBs work, which would be difficult because of the little information available. Hence the focus of this post.

As with traditional Li-ion, a set of SSB cells are built into a module with a BMS. That’s fairly standard but from here on the comparisons vary considerably for pack and systems. Semi-solid and hybrid cells may require cooling. PEO cells require heating to start, and sulfides require heating to improve performance. Oxides, sulfides, and semi-solid / hybrids all require significant external pressure.

How do we find out what all this looks like in terms of ‘packaging’? Cooling systems are fairly generic and well proven, as per the Volkswagen example. From this we can vaguely envisage a heating system doing the opposite.

Containing hydrogen sulfide risk is an unknown topic presenting engineering challenges with some added cost and complexity. But it’s mainly the pressure system, which all these show batteries require, that we struggle to envisage. Prototype data is available, buried in test reports where you can sometimes find pictures of the fixtures required to operate SSB cells (see below). From these test fixtures we can start to understand the significant clamping forces required to make most SSBs a reality. Quite simply, the ‘packaging’ is much bigger and heavier than the battery cell. The proportions of this packaging for large-scale cells are unknown. It remains a very opaque aspect of SSB development.

There are few examples of a battery cell that has been made and tested just as it is shown – as a naked pouch cell – no pressure, no heating or cooling. The only one I can share is Nuvvon.

Click on the Nuvvon Technology link and open the FAQ “Have you actually manufactured your batteries and then tested them to see if they work?” https://nuvvon.com/technology/

It shows the SSB cathode with PE separator, the pouch assembly machine and the finished pouch cell that operates just as shown. Naked.

The reality is that most SSBs, as a scaled system, will probably have similar or lower energy density than existing Li-ion systems. We probably won’t know the open facts until SSB players put scaled systems into real products – but many of them may never get that far for us to find out. This also translates into similar or higher overall cost. That leaves safety, so if liquids remain or new risks are added then one has to wonder whether many SSB players are bringing any benefits at all.

Again, I’m biased, but FYI Nuvvon cells are completely solid thereby reducing thermal runaway risk (the ionically conductive solid polymer is both the separator electrolyte and catholyte). Cells operate without an external pressure system. They operate across a wide temperature range so not needing heating or cooling. There are no new risks (no toxic components). The naked cell offers higher energy density than Li-ion and significantly higher system energy density than traditional Li-ion and other SSBs. Result: improved safety, higher energy density, lower cost. This is Nuvvon.