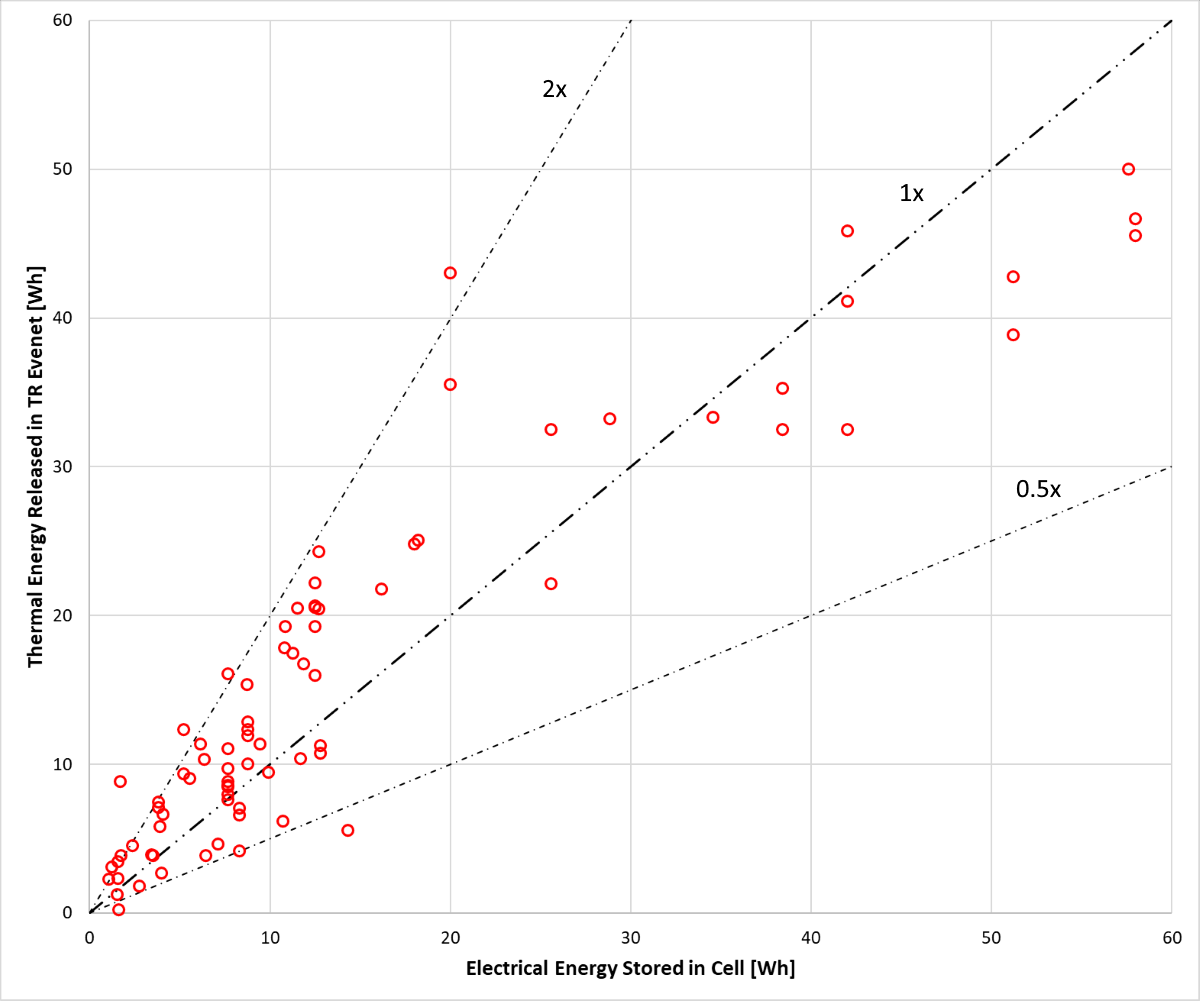 The energy released during Thermal Runaway versus the electrical energy stored in a battery.

There are a lot of papers published where the heat release from a cell has been measured or estimated during thermal runaway. There have also been measurements of numerous chemistries and states of charge etc.

One option was to just grab all of this data and plot the TR thermal energy release against the electrical energy stored in the cell prior to this event being triggered.

Warnings: this ignores differences between chemistry, cell format and how the energy released was determined. Hence this is just an interesting plot and an interesting straight line data fit to see if the 2 to 6 times electrical energy has any merit.

This data includes different chemistries, results versus SoC and different size / formats of cell. However, as a check of the rule of thumb it shows that the energy released in Thermal Runaway is 2x the electrical energy stored in the cell.

At the bottom end of this graph there is a lot more data as most tests are run on small cells (up to around 20Ah).

However, the temperature at which the cell goes into thermal runaway, the rate at which the energy is released and the nature of that release can be very variable.

This shows the importance of measuring the energy release in thermal runaway and using that to understand how to design and manage the cell you have selected.